CSL, an electrical technology distributor which celebrated its 70th anniversary in 2018, has made an investment in ESP, an expert in energy reduction in New Zealand for the past 17 years. ESP was winner of the 2016 EECA Business Service Excellence Award, and their clients have been winners or finalists in every EECA award since 2004.

CSL chairman Judith Stewart said it was a great melding together of an industrial supplier with a cutting edge energy reduction company.

Since it formed in 2001, ESP has helped their clients save around $27 million or 149,437,644 kWh of energy – the equivalent of taking 19,158 houses off the grid. Now it will have access to CSL’s nationwide sales and customer network to spread its services. International growth is also expected through CSL’s long-standing international partner, Weidmuller, a global industrial connectivity company with manufacturing plants, sales companies and representatives in more than 80 countries.

ESP Founder and Managing Director, Jeremy Allen said the company now had the chance to grow energy savings exponentially. “As we expand through this collaboration we are going to be able to add a large range of services and access many more customers both in New Zealand and globally.”

Every company wastes energy and ESP has created a data path to identify the waste areas and then set about “fixing it and getting it to stay fixed,” Allen said. ‘I liken it to a musical instrument; you need to tune it so it sounds good and then you have to keep tuning it.”

It was an ideal time to expand through the partnership, Allen said. Companies around the world are increasingly concerned about their own sustainability “and want to get on with it,” Allen said.

CSL Chief Executive Phil Elliott said the partnership echoed the global trend of greater energy conservation as the price of energy increases. “There’s also the important green element as well, with the growing awareness that we need to be kinder to our planet.”

Energy conservation was becoming more important for companies as governments were beginning to set targets and regulations for GHG reduction.

Elliott said the partnership with ESP was “very complimentary”: ESP uses data to analyse and identify their clients true Energy costs, while CSL distributes the equipment to produce the data and communicate it securely.

Weidmuller is a leading technology manufacturer which has the potential to accelerate ESP’s global reach, he said.

CSL and ESP are very much part of a world moving into the area of “big data” where cutting edge technology is being increasingly used to collate and process information to unlock efficiencies and cost savings, Elliott said.

Although now in partnership, the staff of both companies will continue to operate separately with no personnel changes. 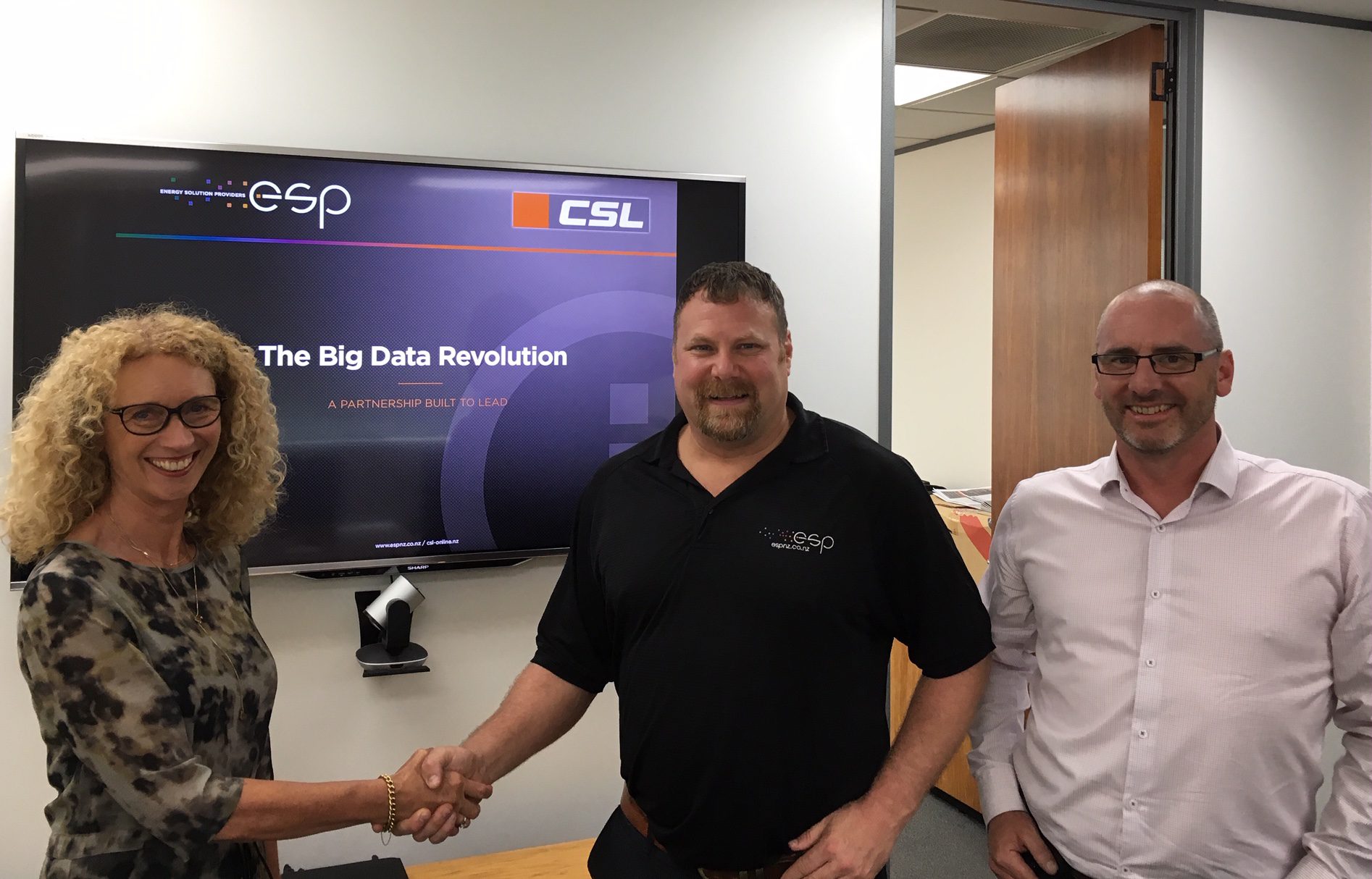